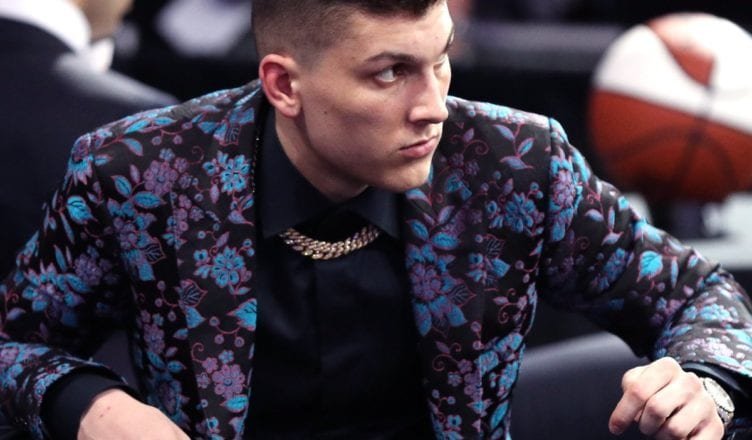 I’ll save you some time. Tyler Herro ain’t the next Dwyane Wade.

Bro, I’m not going to lie, I got faded at draft night. After watching the whack  Toronto Raptors win the NBA championship I had hope. Maybe you don’t have to be that good to be champs no more. If they can win one in Canada with a bunch of scrubs and Kawhi Leonard, maybe the Heat can draft some superstar and the trophy can come home where it’s meant to be in Miami.

So yeah we smoked some blunts. Drank some 40’s. Took a couple rips from my boy P Dog’s gravity bong. Then all of a sudden things got real when that skeleton guy with the glasses got on the TV. We all got real real quiet when he said, “And with the #13 pick the Miami Heat take Tyler Herro.”

My boy Javi put it tight when he was like, “We drafted a white guy?”

I don’t mean to get all racial, but this Tyler Herro ain’t even Europe white. He white white. You not winning any NBA championships cause of some white white guy.

And what is it with this team and guys named Tyler?

My memory’s kinda hazy but didn’t the Heat just boot out someone else named Tyler?

Yo, I’ll ride and die with my boy Pat Riley. He’s a pure baller who can call the shots. But I got the feeling it wasn’t the next Dwyane Wade that the Heat drafted last night.

Maybe the next Tyler Johnson.