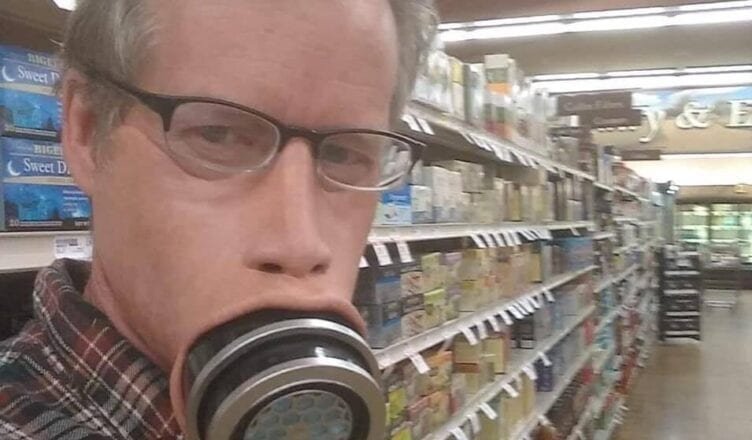 It’s hard to believe it was only a month ago that when walking around  South Beach and an unsavory character tried to sell you something it would be coke or ecstasy. But the other day a masked man instead asked me, “Yo, wanna buy a pharmaceutical mask?”

In some other timeline I would have figured a pharmaceutical mask was some kind of device to quickly inject opiates. Now I assume it’s some kind of super-efficient mouth and nose covering.

I kept walking as I’d learned to do when solicited by a stranger. I slowed my stride enough for the entrepreneur to make another pitch. “Yo, it’s not safe out there,” he gestured at my bare face. “You need a pharmaceutical mask.”

There was a time I thought there was no bigger idiot than the motorcyclist who protested helmet laws. Just wear the stupid thing on your head. The law’s meant to save your brain from spilling on to the sidewalk. But pandemics make for strange bedfellows. Now I’m taking every chance I can to let my mouth and nose touch the open air. If I was a Hell’s Angel I’m sure I too would leave my helmet at home.

They’ve already made it law in Miami. If you want to enter any place of business, whether a supermarket or a rideshare, no one can see your pie hole.  So now when you get in line to enter Trader Joe’s you feel you’re surrounded by a mix of heart surgeons and banditos.

It must be a golden age for robbers. Not only does no one blink twice at someone wearing a mask, but only a fool will come within six feet to try to apprehend you.

The one time I went into a store since the bare mouth ban went into effect, I used my wife’s turquoise scarf.  Beyond breaking any potential fashion laws, it allowed me entry into the market. As uncomfortable as it felt, it was the least suffocating of options we had in our home.