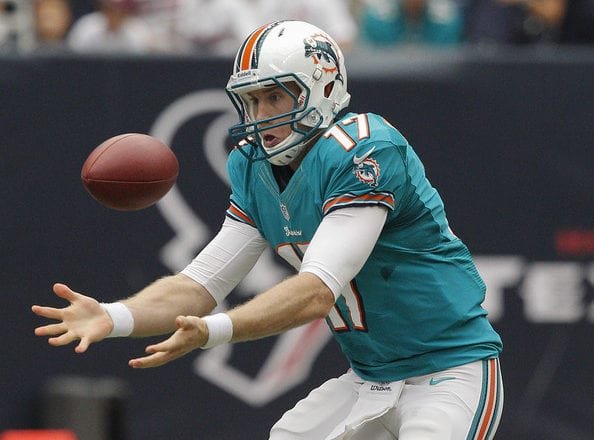 The Miami Dolphins are undefeated! And we’re not talking about the 1972 team. 2-0 with a game coming up against the winless Oakland Raiders makes you want to show some Miami Dolphin pride by buying a team jersey. Only thing is the Dolphins in the off-season released or traded the only players anyone had heard of  for a bag of potato chips. With no other name recognition on a team the automatic tendency is to purchase the jersey of the  quarterback. In the Dolphins’ case that would be Ryan Tannehill.

Miami Has the Dolphins, the Greatest Football Team!

But watch out! It’s not just a Colin Kaepernick jersey that makes a political statement. Any name you wear on your back comes loaded with innuendos on your character. Here’s what you’re telling the world by wearing an official Ryan Tannehill #17 Miami Dolphins jersey.