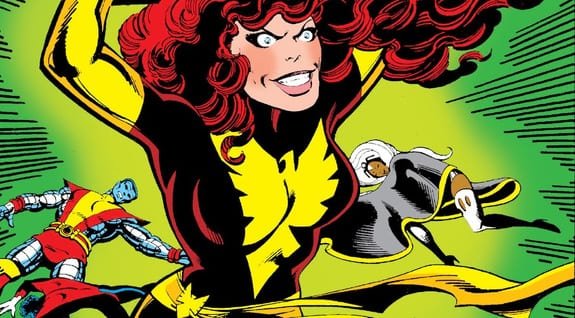 Pity the poor X-men. They get the credit or the blame for starting the whole superhero comic book movie boom with their first movie in 2000. Now their newest edition Dark Phoenix plops into theaters as a forgotten afterthought, a mere month after Avengers: Endgame. After that Avengers spectacle with dozens of characters and  franchises climaxing  Dark Phoenix could have been a masterpiece that answered the mysteries of life and still seemed underwhelming.

But Dark Phoenix  doesn’t set its sights that high. It’s content with going through the motions until the X-men meet their own endgame.

Dark Phoenix is by no means a disaster. The action moves  the plot along briskly not giving you time to wonder if the story is making any sense. The actors do a decent job of embodying the characters, so that before you know it the flick is over. But the merry mutants deserved better than being an accounting error of our cinematic superhero era.

As part of Disney’s attempt to buy out the entire entertainment industry, the studio purchased the rights to the X-men after Dark Phoenix had filmed. And so this movie has the feel of a half written book that was published anyway.  The ending hints at future movies which we all know will never come. After nearly sixty years of comic book adventures and almost two decades of movies, the X-men found a villain they could not defeat, media conglomeration.

The best comic book movies (and comic books) delve into the idea of what does it take to be a hero. The new documentary 5B tackles that same question, but from an entirely different angle. It takes us back to the bad old days of the 1980’s during the onset of the AIDS epidemic. Back then nobody exactly knew what caused the disease, only that gay men were dying painfully one after another. In the midst of that fear and hysteria San Francisco General Hospital opened 5B, a ward exclusively for AIDS patients.

During that era where people feared AIDS could be spread through the air or by a hug, and science couldn’t yet prove that wasn’t the case, 5B focuses on a courageous and compassionate caregivers who made sure the inflicted could die with dignity.

This is a heavy topic and 5B is a heavy movie. If you’re seeking escapism you should look elsewhere. But 5B does a good job of shining a light on ignorance and celebrating those willing to  risk their own health to help others. There’s vintage footage of William F. Buckley Jr. doing his best Magneto impression going on TV demanding we tattoo all AIDS victims on the arm and butt so they couldn’t spread the disease any further. There’s also an interview with a nurse who infected the disease herself while caring for others without any blame cast at others. She was there to help others even if it cost her the highest of prices.

That’s a message Professor X and his X-men would approve.