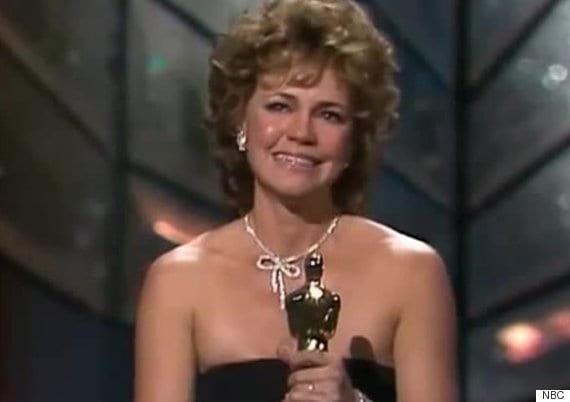 The 2018 Oscar nominations were announced on Tuesday, January 22, and, as usual, my reactions ran the typical gamut of “WTF?,” “Really?” and a light smattering of “Oh, cool.” So let’s dive right in and take a look at some of the major categories, noting any surprises, upsets, and snubs along the way.

Best Picture is, of course, the award of Oscar night, the one producers and directors clamor for because of the perceived prestige it brings and the boost it gives to their clout and the film’s box office. There was controversy a few months ago when the Academy of Motion Picture Arts and Sciences announced they were going to add a most popular film category. Seemingly everybody lost their damn minds in outrage, and the category was subsequently scrapped. The nominees for Best Picture, then, seem like a response to that forced scrapping: an ungainly amalgamation of concessions to popular taste and stuff the Academy actually likes. Still, there are no real surprises here–at least not in what was included. Some choices, though, are still questionable.

I’m looking at Bohemian Rhapsody and Vice, specifically. A jukebox musical and a political screed, respectively, both were entertaining movies, but the pinnacle of last year’s filmic achievements? Please.

Black Panther was fun, slightly deeper than some superhero movies, and sported an imaginative and colorful production design. Oh, and it made like a billion dollars at the box office. Between that and its cultural significance, it’s a movie that couldn’t be ignored. Good the academy didn’t.

BlacKkKlansman, on the other hand, might have gotten a nod more for what it’s about than how it was about it. My appreciation for the film may have been hampered by my expectations. I hoped to be blown away by it, but was only mildly moved. On the other hand, undisciplined as he may be, Spike Lee is still a magnificent director, and any time the Academy shows him love is fine with me.

I haven’t seen Green Book yet, so I won’t comment on it. A Star is Born, meanwhile, was a well-made tear-jerker that updated the formula nicely for today’s audiences without losing the melodramatic edge it so was striving for. Good but not great. The film’s pedigree, though, is one the Oscars just can’t pass up. They love actors who successfully transition into directing, and if they do double duty by starring also, like Bradley Cooper does in Star, even better (odd, though, he didn’t get a Director nod). Oh, and an immensely popular singer like Lady Gaga proving she has acting chops? Forget about it. It’s inclusion on this list, deserved or not, was a forgone conclusion.
Out of the nominees, my favorites are The Favourite (natch) and Roma. The Favourite with its lively style, fantastic performances from its three leads (more on that in the Best Actress and Supporting later), and biting black humor, enlivened a not-so-typical costume drama. I’m also glad that the patient, human, and friggin’ gorgeous Roma wasn’t shunted solely to Best Foreign Language film. It deserves all of the accolades it’s been given.

Two years ago Moonlight and La La Land went head to head for Best Picture, leading to that infamous moment when La La was wrongly given the award meant for Moonlight. I wonder if the academy didn’t want a repeat or a reminder of that faux pas because the directors of both those films, Barry Jenkins and Damien Chazelle, came out with wonderful movies this year and both movies and directors were snubbed. Jenkins’ If Beale Street Could Talk was a deeply felt, lyrical follow up to his Moonlight that proved he wasn’t just a flash-in-the-pan. Chazelle’s First Man, a biographical Neil Armstrong pic, was exciting, slightly challenging in its aesthetic, and featured a great performance from Ryan Gosling (who was also snubbed in the acting category).

Outside of those two omissions, the Best Director category isn’t particularly surprising. Four of the five nominees represent their Best Picture nominations and the fifth, Pawel Pawlikowski, represents a nomination for Best Foreign Film. His Cold War is a fantastic movie that tells an epic decade spanning story in a tight 90 minutes without feeling rushed or empty. Glad he got a nom. Meanwhile, Alfonso Cuaro (Roma), Spike Lee (BlackkKlansman), and Yargos Lanthimos (The Favourite) are cinematic masters and great choices. But Adam McKay for Vice? He’s building an interesting voice, but his inclusion is pushing it.

A good group of nominees, but looking at this list a voice in my head screams Where the #$%& is Ethan Hawke!!!! I thought Hawke was a shoo in for his magnificent, repressed turn in First Reformed. Paul Schrader’s austere drama didn’t get much love outside of a Best Original Screenplay nom, which is a shame. And look, Christian Bale is a fantastic actor, but his Dick Cheney impression in Vice was just that, an imitation, not a fleshed out performance. I’m blaming the stain of a man he was tasked with bringing to life, but still, get him out, keep the rest and put Hawke in there.

Yalitza Aparicio gave a quiet, subdued performance in Roma, built mostly on reacting. Good stuff, but the Academy probably won’t recognize a performance that doesn’t scream “ACTING!”, especially when it’s from a non-professional actor. Olivia Colman is wonderful in The Favourite, spoiled, sad, slightly loopy and very lonely. Melissa McCarthy proved she had chops in one of her first purely dramatic film roles. Lady Gaga, meanwhile, didn’t embarrass herself by any means in A Star is Born, but she did not give the best performance of the year. Look for her to win, then.

Fine actress that Amy Adams is, she barely registers in Vice, mostly standing in the background and sounding like Frances McDormand in Fargo. Honestly, her inclusion baffles me. A little less baffling is Marina de Tavira’s nomination. In what seems like a small role, de Tavira is tough, caring, and a little self-centered. Maybe her role seems small because the rest of the movie was so good it drowned her out a bit. Regina King, meanwhile, was fantastic in Beale Street. A rock that begins showing cracks by the end, King has quietly built a career on great performances. Rachel Weisz and Emma Stone both gave tough, confident, sly performances in The Favourite. The only controversy here is that both actresses should have gotten Best Actress noms, but that’s on the studio for insisting both Weisz and Stone were supporting even though they had the same if not more screen time that Jenna Coleman and were just as integral to the story.

Best Supporting Actor is a hodgepodge. Adam Driver is a good actor, but he didn’t stand out in BlacKkKlansman. Sam Elliot was his dependable self in Star. He probably could let his mustache do the acting for him, but didn’t. Unbelievably, this is the veteran actor’s first Oscar nomination, which is all kinds of “huh?” Sam Rockwell’s impression of George W. Bush is inspired and Richard E. Grant deliciously chews the scenery in Can You Ever Forgive Me? I’m cool with either of those three winning.

Look, the Oscars are the not the be all end all decision for what was good, movie-wise, this past year. Knowing this, I still put a lot of emotion into what the Academy picks every year. Most of us do. The Oscars, much like the deities in Neil Gaiman’s American Gods, derives its power from our belief in them. With how often they get things wrong and how myopic their inclusions often are, we probably should turn our backs on the awards. But where’s the fun in that? So, see you Sunday, February 24 when I’ll be screaming at my TV about how these guys got everything wrong, again.