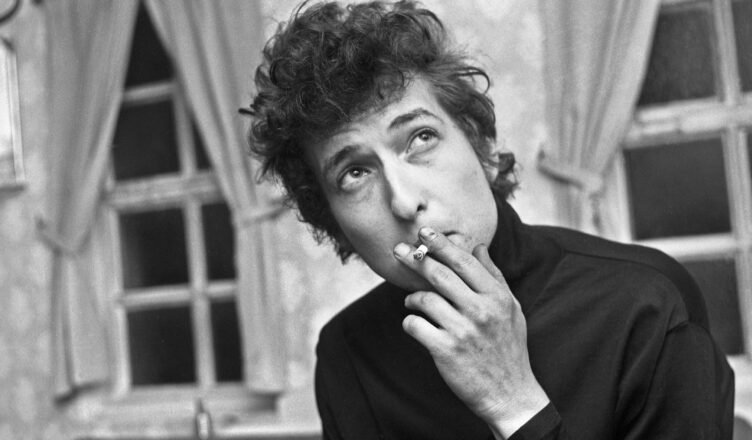 Bob Dylan just turned 80! It’s not a stretch to say he’s influenced music history as much as anyone else. But what if Bob Dylan never played music?

Old fans of Marvel comic books will recall a series titled What If in which Uatu the Watcher, a giant baby-faced alien, would peek into alternate realities and tell readers what the world would be like if Peter Parker was never bitten by a radioactive spider or if Bruce Banner’s pants didn’t stretch when he became the Incredible Hulk.

Usually the smallest difference would create a butterfly effect that would mold a vastly different world from the one we were used to. In that spirit let’s take a look at what our world might look like if Robert Zimmerman had never decided to pick up a guitar and become Bob Dylan.

Freshman Robert Zimmerman decides to hunker down and study for dental school so he can make a steady living and contribute to society by improving people’s smiles.

Civil rights protests fall apart as interest wanes in nonviolent marches without the Dylan-penned songs “Blowin’ in the Wind” and “The Times They Are a-Changin” to sing along to. There are only so many times one can sing “Amazing Grace” over and over again.

Without Bob Dylan to introduce them to marijuana in a New York meeting, the Beatles instead begin hitting the bottle. Their youthful experimentation with alcohol leads to the classic songs “Got to Get You Into My Throat,” “Strawberry Rum Forever,” and “Lucy in Quiet Urban Outdoor Room.”

The concert, headlined by Joan Baez and Pete Seeger, goes well enough. A controversy erupts when a Greek vendor runs out of ground beef and buns and has to replace his hamburgers with gyros. Excessive booing and cries of “Judas” are halted only when an emergency run to a local grocery store is made.

Robert Zimmerman sets up a private dental practice in his hometown. Business is slow until he runs radio advertisements with the catchy jingle “Like a Broken Crown.”

Johnny Cash doesn’t have Bob Dylan to record some songs with, so he turns instead to Tiny Tim. Their album of duets burns people’s ears and discourages ABC from giving Cash his own variety show for fear of what other unholy alliances it might create.

Since Bob Dylan never called Woodstock, New York, his home, concert promoters instead decide to throw a three-day festival of peace and music in Sheboygan, Wisconsin. A whole generation says if you can remember Sheboygan, you weren’t really there.

After much thought and meditation, Robert Zimmerman decides to convert.

He becomes a periodontist.

With Bob Dylan’s son Jakob Dylan not having the connections for his band the Wallflowers to make it big, MTV now has leftover airtime with the vacuum left by no video for “One Headlight.” This allows MTV more freedom to showcase more of Hanson’s “MMMBop” and the Spice Girls’ “Wannabe.”

Robert Zimmerman retires from his practice, giving him more time to spend with his grandkids. He’s considering picking up a new hobby. He hasn’t decided whether that should be learning Portuguese or taking guitar lessons.