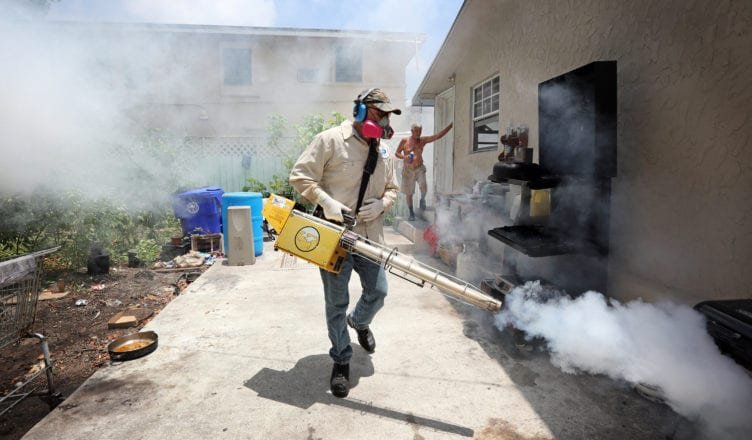 Two years ago Miami was in a state of panic.

The local, national, and international media had a field day with this epidemic. If you were a news junkie you could be led to believe that a generation of  Miami babies would be born with abnormal sized heads, as a supposed result of a mother being infected with Zika. Although I’m grateful to not have met anyone afflicted by Zika, there were repercussions to this panic. I personally know of two families who left Miami out of fear their unborn baby could suffer. One family was scared of Zika, the other of Naled. Neither family has returned.

I also know of local business owners who expressed fear of having to close down their Wynwood businesses due to the lack of tourism out of fear for Zika. One of these business did close down.

But two years have passed since the Zika scare of 2016 and there hasn’t been a follow-up from local or national media. The Center for Disease Control reported that as of June 2, 2017, Florida was no longer considered a Zika cautionary area. If the actions of our government saved us from an epidemic shouldn’t this be considered a medical and scientific breakthrough that deserves to be celebrated as a victory for civilization? But if the fears were overblown and sensationalized and our population was unnecessarily exposed to a cancerous insecticide like Naled shouldn’t heads be rolling?

In an ideal world the media exists to educate and inform as well as entertain. But the easiest way to get viewers on stations and clicks on websites is to prey upon anxieties.

If you’re going to cry wolf, you owe it to the villagers to admit whether the wolf was imagined or not.