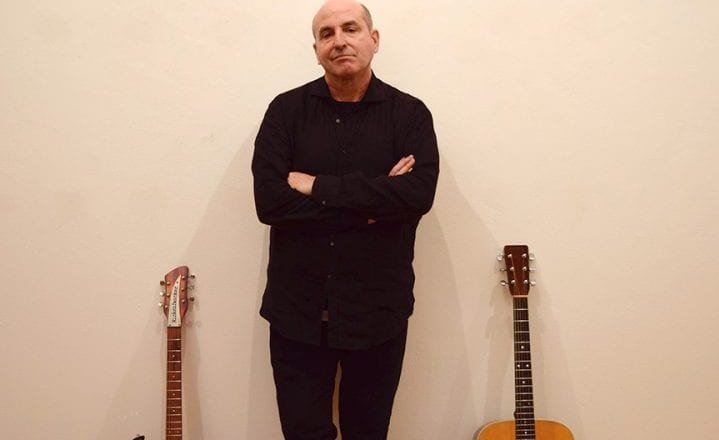 Last Saturday Night, on the way back from dinner, I randomly asked my wife to play the John Wicks song “Starry Eyes.” I immediately perked up in anticipation of the endorphin releasing guitar melody that would follow the bass, drums and guitar unison intro. Right on cue, I found myself swept up into singing the verses and chorus. When the climactic line arrived, “Get me out of your starry eyes and be on your way!” I unabashedly screamed it out. All the windows of the car were open, but instead of being embarrassed, my wife was gracious enough to be happy that her 56 yr. old “date” was behaving as if he was 16 again. How amazing that a song, even after 40 years, can have such an intense effect?

The very next day, I received the sad news that John Wicks had passed away. I was further dismayed to discover that at the time of his passing, John Wicks was living month-to-month financially. One would think that the person who wrote what could conceivably be the best and most perfect pop song ever, would never have to worry about money ever again. Obviously, that wasn’t the case at all.

Turns out that Paul Collins  was also saddened by the passing of Wicks, and fed up by the unfairness of the music business. Having personally just released a book that heavily contemplates those exact themes, I just had to find out more. Paul Collins was happy to oblige.

Paul Collins is a lot like John Wicks. They were good friends and even toured together throughout Europe and the United States. Paul Collins may not have written the best pop song ever, but he continues to write songs that are really, really great. The 1979 record, The Beat, which he wrote all of the songs to, including one co-written by Eddie Money, was a major seller for CBS Records. The album was filled with hit after hit: “Rock N Roll Girl,” “I Don’t Fit In,” “Don’t Wait Up For Me,” “You Won’t Be Happy,” “Walking Out On Love,” “Let Me Into Your Life,” and more. Great pop songs. He even recorded the song “Hanging On The Telephone” with his 1976 band, The Nerves, before it became a worldwide hit for Blondie.

Paul openly complained about he and his buddy John Wick’s, plight. “No matter how you slice it, the public, whoever they are, just don’t come out to support us. They unfortunately would rather take a cruise with Bon Jovi to Barcelona. We could probably live 5 years on what that costs. We more than know that life is unfair and you get what you get, but I tell you it sucks to see the huge disparity there is in this business. I refuse to believe that we are not every bit as good!”

I agree with you Paul. But then again, I also usually don’t fully understand Joe Public, and, I happen to be a huge fan of The Beat. So, I’m biased.

Paul is grateful for his lot in life and has an amazing positive attitude regarding the business end of things. ”I make money playing my music everywhere I can! You have to be thrifty and eat at home. I have a lovely lifestyle here in NYC. It’s all about living within your means.”

I love that Paul is happy. I personally had to make a choice whether or not to stay in the music biz, and I said fuck it and bailed. Paul however, stayed and kept at it. He is not bitter with the way he was treated by his record label and has recorded many albums since being dropped by CBS in the 1980’s. The last ten years, he has been recording with Alive Natural Sound Records, which is the sister company of Bomp! Records, and he raves about their relationship. ”They love me and do a great job!”

Being a Paul Collins fan, I just had to check out his new album, Out of My Mind, which reunites Paul with the original Beat drummer, Michael Ruiz. I didn’t know what to expect. Would it be a power pop album more appropriate for angst filled, love-rejected teenagers, or would it be an old geezer type of record like Joe Jackson has been littering the world with for the last 30 years? Turns out, it was more like the former, but highly evolved and very appropriate for who he is today.

The album starts with “In and Out of My Head” that along with “Just Too Bad You’re Leaving” reminds me of The Beatles of the ’64-’65 era; Introducing The Beatles, The Beatles Second Album, and ’65 Beatles. The second song, “Go” has tones of the Flamin Groovies. Turns out Cyril Jordan, the main writer of the legendary Flamin Groovies, appears on Paul’s 1992 self-titled album, Paul Collins. “Emily” and “Tick Tock” brings to mind so much of The Everly Brothers that it gave me the chills. The album ends with the song “Beautiful Eyes” which has a Rolling Stones “Angie” type of emotional feel to it. The entire album is fabulous. Be forewarned; It sounds nothing like Drake. So, if you are Joe Public, stay away from this record. Everyone else, check it out.

Paul Collins loves his life and he tells me that John Wicks also was a happy man. That’s a great thing, because at a minimum, we all deserve happiness. But people that write and record the songs that are the soundtracks of our lives should not have to be martyrs. The musicians creating the music need to be the ones making the money, or eventually they will stop making music. It’s already happening. If you happen to be one of those not into Drake, you know I speak the truth.

It saddens me that the co-writer of the the greatest pop song ever, “Starry Eyes” is gone. But it makes me happy that his buddy, the equally talented and deserving Paul Collins, is still doing his thing, and doing it well.

Thank you John Wicks for bringing us, ”Get me out of your starry eyes and be on your way!” May you rest in peace.