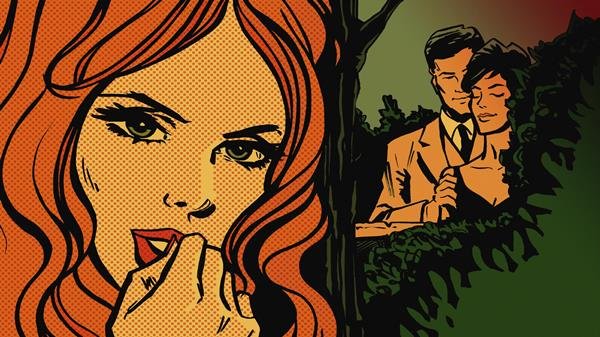 You would think that the self-proclaimed “Magic City” would be the ideal place to have your dream romance right?

South Florida has routinely topped lists of “worst places to find your future spouse.” It’s due to a litany of superficial physical and financial related issues. If you’re a woman or African American it is particularly difficult to find a significant other. Or at least one that isn’t a thinly veiled racist or casual misogynist. That makes for a very disheartening courting experience where many give up dating altogether.

So what gives? Why is it so arduous to find a partner in “paradise?”

Let’s start with Miami’s tendency to put looks over everything. Being attracted to a potential partner is dating 101. It’s not wrong nor unnatural to be attracted to someone at first sight. However, because Miami is the land of skin, bathing suits and overly expensive cars, looking less than a “9” and driving a Honda Civic won’t cut it here.

Miami has a very wrapped view of the “average” human being. Since “clothing is optional” 94% time, most men want Instagram models. Most women want men that look (and have the money) of Cristiano Ronaldo. Because of this, standards have been skewed towards the impossible. It leaves ‘normal’ looking people on the short end of the stick. Often manifesting itself in insecurity and hermit tendencies.

Whether your partner ends up ghosting you because of their indecisiveness, or whether they lie in order to make you think you’re dating up, none of these things are as taxing as being a non-Hispanic minority trying to date in the hyper Latin culture of South Florida.

According to OkCupid, statistically, African Americans and Asian men are the least likely to get messaged first compared to their White and Latinx counterparts.

In Miami it’s no different.

There have been countless times where African Americans, specifically, black women have been left in the dust due to preconceived racial notions within white and Latinx communities.

In my experience, most men will not hesitate to tell you that “they don’t date black girls” or that “you’re pretty, for a black girl.” These words stick with you. It makes it difficult, almost impossible, to continue on with a potential relationship because of the lingering thought that “he’s only interested in me because other girls don’t want him.”

“Loud, ghetto, manly” and “angry” have been racial stereotypes that have plagued black women for ages. In Miami, these stereotypes are more or less a dark cloud that has plagued every black woman’s dating experience. This leads to hypersexualization or just downright racial prejudice.  If you’re white and or Hispanic, you’ll probably have an easier time than your black friends.

Miami can be a fantastic place to live if you make the best out it. But, if you’re short on money or a minority, you may want to double think moving here to date.