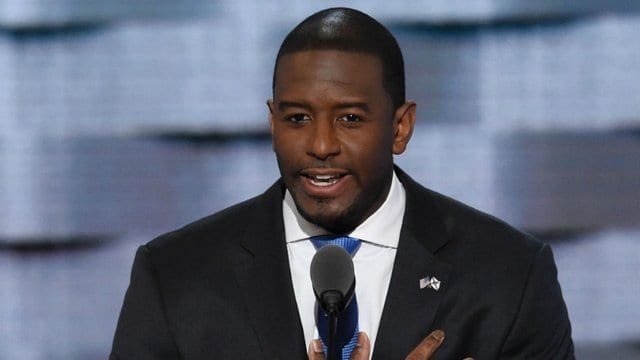 Florida Democratic gubernatorial nominee Andrew Gillum likes to quote his Grandmother a lot. We imagine she’d describe the headline of this article as putting the cart before the horse.  A week before Election Day, it’s still no sure thing Gillum will be able to hold off the Republican candidate Ron DeSantis to be governor of Florida, but win or lose that race  watching the most recent debate between the rivals, Gillum sure looked like a 21st century style President.

This has nothing to do with identity politics or actual politics even if we agree with most every policy Gillum has taken a stand on.

Rather Gillum’s presidentialism has everything to do with his  ability to lay the smack down. In this Trumpian age it is obvious a president doesn’t need to have a fiscal policy or even be able to speak a coherent sentence. A president nowadays does have to be entertaining. And when the occasion arises, have the ability to humiliate and insult anyone that stands in their way.

Gillum’s last debate roasted DeSantis so completely all it was missing was a “yo mama is so fat” joke. Among the choice quotes were…

“As my grandmother used to say, a hit dog will holler.”

“I’m not calling him a racist. But the racists believe he’s a racist.”

“Forty-four percent of people in the state of Florida say they can’t make ends meet at the end of the month. Mr. DeSantis’ big donors may be doing just fine. They’ve got their yachts and boats. For the rest of the working people in this state, they simply want a wage they could live on.”

Hopefully Florida wants a roastmaster governor. And who knows in a couple years the rest of the country might hear a debate  where Gillum mocks Trump into further incoherence.