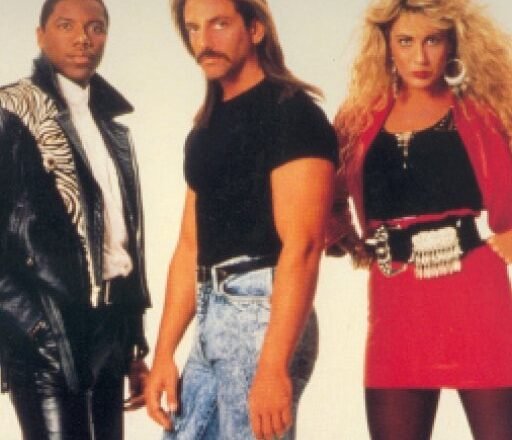 An argument could be made that in 1988 Miami was the center of the pop music universe. You had not one, not two, but three Miami based artists that year top The Billboard Hot 100 chart. Gloria Estefan and The Miami Sound Machine had a hit with “Anything for You,” while Expose dominated radio with “Seasons Change”. It was the third act that I discovered on an internet wormhole that had me scratching my head. There was an actual week in December of 1988 that Will to Power had the biggest song in the USA with “Baby, I Love Your Way/Freebird Medley”.

I knew of course the two classic rock songs in the title, but in spite of being a 10 year old addicted to MTV in 1988 I had never heard this song. I didn’t know how lucky I was.

Imagine if you will an awful cover band murdering the hits on a much too humid Sunday at Monty’s and it gives you a hint of what is in store for you with “Baby, I Love Your Way/Freebird Medley”. Here is the video. with sincere apologies in advance for the images that will never leave your brain.

Who is this Will to Power? Turns out they were not former romance novel cover models, as the video suggests.  The mustachioed muscle man is Bob Rosenberg, a former DJ at local radio station HOT 105. According to the Will to Power Wikipedia page Rosenberg was as 1980’s as a Miami music man could be. Not only did he release a rap album titled Miami Vice, but he also produced the 2 Live Crew song “Beat Box”.  Both songs are a little cheesy, but in a charming way.

Miami Vice  might sound dated to our 2021 ears, but it seems rather adventurous for the mid ’80’s.  Rosenberg’s next song as Will to Power actually holds up without irony. “Dreamin'” is an electro freestyle classic that you could still imagine roller skating to today. So how in just the span of a year and a half does one go from creating a fun dance song that never broke out  to the blandest, most mediocre number one hit the nation has ever heard?

The answer must lie in the band’s name. In the beginning of the “Baby, I Love Your Way/Freebird Medley” video the camera’s gaze holds on a hardcover book written by Friedrich Nietzsche titled “The Will to Power”. The German philosopher had the idea that all living things have a thirst for power. It is the unconscious motivation for us all.

Was Rosenberg thirsty for power? Was he tired of just making some hips shake with peppy dance music that would probably not break through to the masses? Did he discover the real way to will himself to power was by putting out some reheated reworkings of popular songs that weren’t too great to begin with?

Even so, the song’s success was in an era when pop culture had gatekeepers. How did this unremarkable cover song slip through? Was there some subliminal brainwashing going on throughout the track?  I have trouble figuring out how else this song could get so popular. Perhaps we owe it to  Will to Power for the Berlin Wall falling or for Nelson Mandela being freed?

Some ulterior plan in the grand scheme of things is the only reason I can think of this being the most popular song at any moment in time.