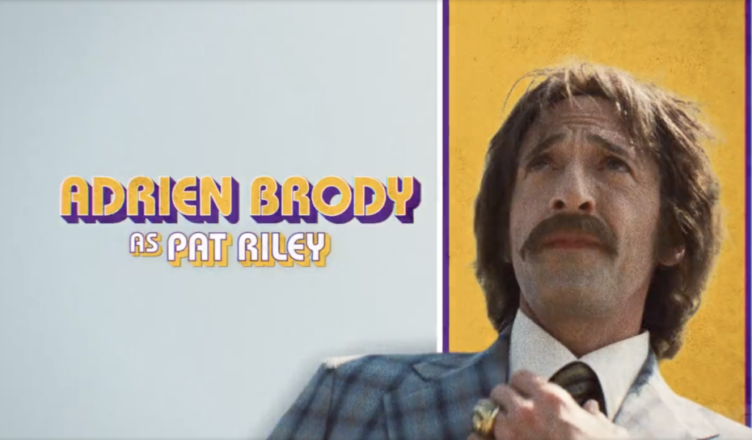 Winning Time season one was fantastic television. What a genius idea to mix all the dated hedonism of yesteryear of the TV show Mad Men with the world of basketball. There were so many twists and turns as it  fictionalized the 1979-1980 season of the LA Lakers, you wonder where the show can go next.

But what if for season 43 they follow one of the central characters in Pat Riley to 2022 and dramatize this current Miami Heat season? Here’s what viewers might get.

In summer 2021 Pat Riley watches TV from bed as the Miami Heat lose to the Milwaukee Bucks. Riley stares into the camera and asks, “Why can’t basketball be more like sex?” Then he looks in the mirror, admires his greased back hair and says, “Dynamite!” At Miami Heat headquarters coach Erik Spoelstra apologizes for failing in the playoffs. Riley tells him failure is not an option and opens a folder marked “2022 Heat roster”.

Pat Riley and Erik Spoelstra fly around the country trying to charm their new recruits.  First they visit Kyle Lowry known for  his impressive derriere. Then they recruit PJ Tucker formerly of their rival Milwaukee Bucks. Finally they visit Markieff Morris in a smoky bar where Morris gets in a bar brawl. As Morris smashes a glass bottle against the head of his opponent, Riley gives his nod of approval.

Training camp. The old players meet the new and competition ensues. Jimmy Butler, Bam Adebayo, and Udonis Haslem introduce the new recruits to “Heat culture”. But not all is hunky dory. Sharpshooters Duncan Robinson and Max Strus run into each other at an “all white” party and a game of Horse breaks out. When both players are stuck at H-O-R-S Robinson drains a 33 foot shot. Strus misses. Robinson kicks Strus in the back of the leg and says “Go back to college and learn to shave.”

The season starts and things go great. The Heat are winning a bunch of games and having lots of sex afterwards. Spoelstra comments to Riley in the middle of an orgy, “Wow things are going well.” “Too well,” Riley says with the sadness of a man who’s been around the block.  Cut to Denver. The Miami Heat are getting crushed by the Denver Nuggets, led by their 7 foot 300 pound hulk of a center, Nikola Jokić. At the end of the game Morris fouls Jokić. This foul infuriates Jokić. The Nugget charges at Morris, whose back is turned and throws all his weight at him. In dramatic slow motion we see all the crowd reactions which range from fear to disgust to rage. We see Morris’ body laying on the ground lifeless in a puddle of blood.

In the training room, the trainers try to put Morris’ body back together again. Everyone in the locker room is depressed about the awful injury. Spoelstra is in his office drinking when the Team Doctor enters the room. “How’s Morris?” Spo asks. “Awful. We don’t think he’ll ever walk again. But we have worse news.” The Doctor hands Spoelstra an envelope. Inside is a piece of paper that says in all caps, “EVERYONE ON THE TEAM HAS COVID”.

We meet the replacement players rushed in from the minor leagues. Caleb Martin, the hard working forward. Gabe Vincent, the tough as nails guard. Ömer Yurtseven, the seven foot Turkish center. And of course Max Strus. Beating all the odds, the Heat win with the replacement players. Duncan Robinson does not like seeing Strus succeed. In his pajamas during quarantine he scowls at the TV as Strus hits another three.

The sick players return to the court, but there’s friction as there’s only so much playing time. It all comes to a head during a loss to the Golden State Warriors where Butler curses out the coach. Spo turns to his star player and asks, “Do you want to fight?” And in the middle of the game the player and the coach trade fisticuffs. Grizzled vet Udonis Haslem even throws in a few haymakers. While no one is looking Duncan Robinson stomps on Max Strus’ shoe and pulls his hair. It seems like the show might have to change its name from Winning Time to Losing Time.

But then enthusiastic youngster Tyler Herro organizes a team building activity. The whole team goes to Tootsie’s Cabaret. In the middle of a lap dance, Spo and Butler put aside their differences for the sake of the team. The whole team bonds and decides to move forward. But we see in the back of the room Duncan Robinson partaking in hard core drugs. The Heat start winning again, but teammates notice Robinson’s erratic behavior. They have a team vote and decide Strus will take over his starting spot. Robinson drives to a white nationalist compound and tells them he wants to pay them to assassinate someone. “Who?” the Nazis ask. “The Miami Heat team.”

Game 3 of the playoffs is delayed as a mysterious package is observed outside the Atlanta arena. But not even a bomb scare stops the Heat as they make a run into the Eastern Conference Finals. Everything is all knotted up at 2 games a piece between the Heat and Celtics. Will the Heat keep the clock on Winning Time and get championship #4? Might they flame out to a superior opponent? Or will Duncan Robinson have them all killed? Tune in to the season finale of Winning Time season 43 to find out.