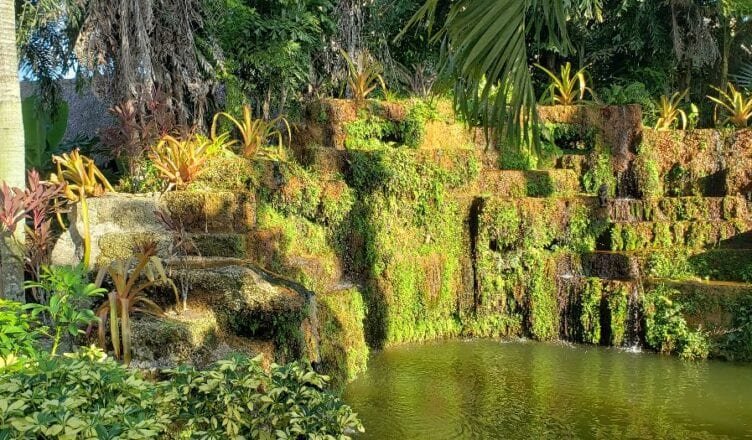 I hadn’t seen the Redlands since they rebuilt Krome Avenue. Visiting the farms is what I usually do to free myself from Miami’s labyrinth of traffic. I imagined strawberry fields, a huge, blue sky with fluffy clouds. I imagined the hum of the wheels of my car lulling me while I drove the long road of Krome. I imagined watching food stalls pass by with signs for pumpkins, u-pick fruit, nurseries for orchids, horses roaming the fields. I imagined stopping by one of these markets and sipping on the water of a fresh coconut as I lounged on the shade of a large palm tree. I imagined returning with my bounty, and the golden sunset riding on my back while I drove with the windows down, my hair flailing around my cheeks. I imagined the country and what’s left of the farmland of South Florida.

Instead of my fantasy adventure, I got the reality of lines of traffic where Krome hasn’t been finished. I got tractors blocking the street like giant works of art. I got to speak to some farmers who are annoyed by how the road has changed the sales of their goods; and I couldn’t find some markets and stands that were scenic stops of my nostalgic trips to the Redlands. They simply had gone out of business. The reconstruction of Krome was a controversial decision that has its pros and cons depending on who you ask. The biggest pro is that the death toll on what was known as “Killer Krome” has significantly decreased, and the widened lanes, median, and four-lane addition has made driving there safer. But the new street lights block the stars at night and dilutes the aesthetic of seeing you’re in the country.

As I contemplated this, I reached my first stop: Tropical Village Farm,

a place that sells produce, homemade juices, and Cuban food such as chicharrones, arroz moro, and tamales. I bit on the soft, buttery flavor of the tamal while huddled underneath their wide tiki hut, the humidity and heat not bothering me at all. Despite global warming and sea levels rising, I still love the weather of Miami, and being at an outside eatery is my idea of a fun afternoon. Even though I hadn’t been there in more than a year, the lady who works here remembered me. I told her I hadn’t forgotten her either. This place was an escape from Miami without having to book a plane ticket or head to Hollywood (my other favorite place). It hadn’t changed that much, and the changes that were made such as more options for food were all positive, so this place will remain a key spot I visit.

My second stop was of course: Knaus Berry Farm.

I knew that driving there on a Saturday during opening weekend was a recipe for chaos, but I had to try their new pumpkin spice milkshake. Knaus Berry is famously known for their cinnamon rolls, and true to their history, there were swarms of people lined up from the entrance to the parking lot with umbrellas and sunglasses as if they were waiting to cast their vote for sugar. They came prepared: they knew what to expect, and they don’t care about waiting for hours, so long as they leave with smiling faces and carton boxes of cinnamon stashes. The line for milkshakes is much shorter, and I got mine in less than fifteen minutes. I then walked to the back of the farm where they have rows of trees, a field of strawberries, and several benches. As I sipped on my milkshake, I knew why it was worth the trouble: it really did taste like an organic pumpkin pie. Knaus Berry continues to be a key spot to visit in The Redlands and has been around since the 1950s.

My third and last stop was at Schnebly Redland’s Winery & Brewery.

I’ve been here many times throughout the years for their fruit wine tastings, but more than anything, I love their garden and waterfalls. The lush, tropical courtyard has gorgeous views of coral rocks, and so long as there isn’t a horde of selfie-takers around, it’s really romantic to listen to the water and watch the fish swirl by. In the past, I’ve celebrated my birthday at their restaurant, had a picnic here for Valentines, and came to dance at night to their live music. Today I stayed briefly to have a wheat beer, play some ping-pong, and hang out at their brewery. I will add I was disappointed they had an Instagram frame prop in front of my favorite spot in their garden. It was a tacky distraction from the real attraction, mother nature.

I made my three stops in three hours, but if I had more time, there are other places worth visiting like The Fruit and Spice Park, R.F. Orchids, Robert Is Here, and Patch of Heaven Sanctuary. I’ll definitely continue to travel Krome even with the construction because homegrown produce and wide, open spaces is worth the drive and worth my time. And now with the new Krome highway, who knows how long The Redlands will remain a rural landscape.

Veronica Suarez is a poet, writer, editor, and a graduate of the creative writing program at F.I.U. Her most recent book, Nights in The City Beautiful, is a novella in verse in search of a publisher.

View all posts by Veronica Suarez →