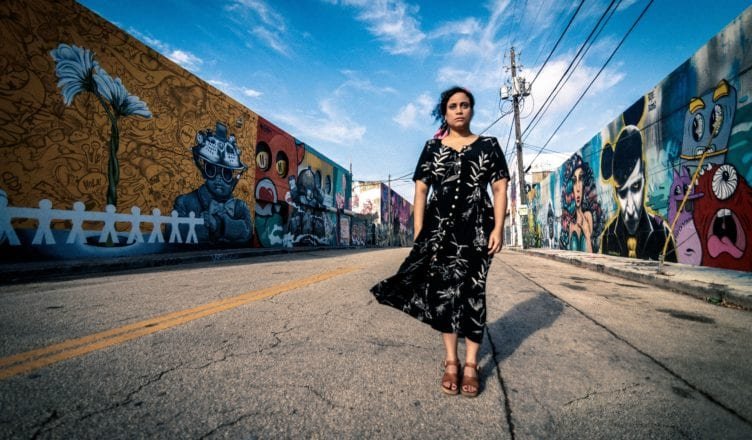 Nowadays, mind you, Wynwood is basically Kendall’s backyard. As they would say in New York, a place for bridge and tunnelers. And a place for tourists to snap a selfie. But not that long ago, the neighborhood used to be pretty cool and progressive. At least when Street Artist and Developer were able to co-exist with the rest of the hipster artists and reprobates.

But Wynwood has a deeper history.

Before the hood was cool, it was a combination of Little San Juan (home to Tia Onedia) and a huge garment district (home to Cuban Seamstress).

And back, back, back in the day, Wynwood was a 1940’s working class neighborhood. Coca Cola had a bottling factory. RC Cola had a plant (where Kendall kids currently throw paint at each other at frenzied raves) and the American Bakeries Company built a plant to distribute Merita Bread (now the Bakehouse art gallery). The neighborhood was known for smelling like fresh bread (courtesy of The Baker).

All in all, there are 11 characters or story-lines in the latest gift from Miami’s Juggerknot Theater. If not familiar with immersive theater, it’s scripted (not Improv) but there is no wall. You are a part of the show, but you are not the show.

Everyone should see this play. And soon. It’s really well-written and directed. The actors all earn their chops. And the location is priceless.

Wynwood Stories is a swan-song to a neighborhood changing so fast no-one knows how it will look in three years. So catch it now.

Because for some reason Wynwood feels like it’s at its peak.

WHEN: Tuesday till Sunday, May 4th