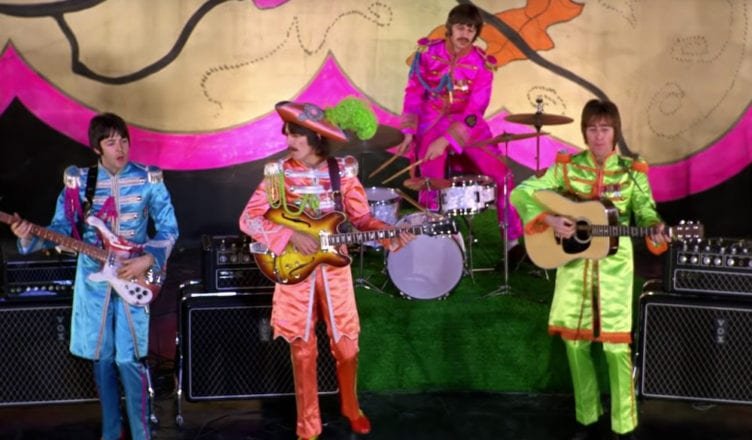 Sometimes great ingredients still don’t make a good dish. I love director Danny Boyle’s films (Trainspotting, Slumdog Millionaire). I really like writer Richard Curtis’ work (Four Weddings and a Funeral, Notting Hill), and of course I love The Beatles. So how could an amalgamation of these three talents spit out something as weak as Yesterday? Unmemorable and repetitive, Yesterday should have been left in the past.

Jack Malik is a struggling musician. His best friend, Ellie, manages him on the side and is moon eyed in love with Jack, not that the self-involved singer realizes it. Riding his bicycle home in a huff (Jack always seems to be in a huff) after yet another failed gig, something odd happens: A 12-second black out around the world. In that moment of darkness, Jack is hit by a bus. He survives and after getting out of the hospital, everything’s back to normal.

Or so it seems. Meeting with friends to celebrate his recovery, Jack makes a strange and idiosyncratic discovery. The existence of the Beatles has been wiped completely from this rebooted world. Only our protagonist is able to remember them. With their majestic songs at his disposal, Jack embarks on a new musical journey, which sees him quickly becoming a global sensation. But as his fame rises, so does his guilt, driving a wedge between Jack and Ellie.

Unexplainable, you just have to go with it. But the movie doesn’t go far enough, and certainly has no fun with it along the way. This isn’t Being John Malkovich, which took its ridiculous central premise and ran with it, building and building with reckless imagination. The best thing Yesterday comes up with is a good running gag that has Jack continuously realizing all of the subtle changes that have happened since the flicker. The soda wars may not have happened in this new universe, nor do people have to worry about nicotine addiction. I laughed when Jack finds out that Oasis, the famously Beatles indebted rock band, doesn’t exist anymore either because, how could they? Other than that, Yesterday doesn’t have much imagination. It is, simply, a romantic comedy. I love romantic comedies. Sadly, this is not a very good one.

Jack is a drip. Maddeningly impassive, he simply drifts through the myriad opportunities thrown his way and then complains about them. Patel’s performance just reinforces that drippiness. Severely underplaying the role, when he doesn’t stare incredulously, he  whines endlessly. This cuts into the film’s romantic notions, as you can’t fathom for a second why a kind, gentle, lovely person like Ellie would ever fall hopelessly in love with such a self-involved wet blanket. I guess, according to the movie, girls just can’t resist a guy and a guitar, no matter how much he sucks otherwise.

Early on Yesterday flirts with a clever notion but abandons it quickly.

When Jack begins playing all of the Beatles songs that he can now claim as his own, nobody cares. Let’s be honest, that’s probably what would happen. Of course, before long the movie finds Jack hailed the world over as a genius while people experience Beatlemania, or Malikmania in this case. Never mind that his interpretations aren’t particularly engaging. The movie never realizes that the original artists, John, Paul, George, and Ringo, and their ridiculously magnetic personalities, are just as important to the music’s success as the songs themselves. The Beatles’ catalogue, great as it is, wouldn’t gain much traction when performed by a crybaby. Of course, if the movie realized this, there wouldn’t be a movie. Maybe, this wasn’t a premise worth exploring.

The direction by Danny Boyle contains a lot of his tricks: superimposed, colorful titles that cover the screen, extreme camera angles, etc., but it all comes off listless here. Energy without enthusiasm. Red Bull without Hennessy. The movie’s not a total waste. Some jokes do land, and Lily James is wonderful as Ellie. Otherwise, Yesterday is simply overly long and repetitive. The last hour consists almost solely of Jack reaching a new level of success, feeling bad about it, then complaining about it, with every new disappointment set to the same piece of ambient-ish music, over and over. Jack never once enjoys the gift he’s been given, and his constant morose attitude derails the film early on. If he never enjoys himself, how can anybody expect us to?