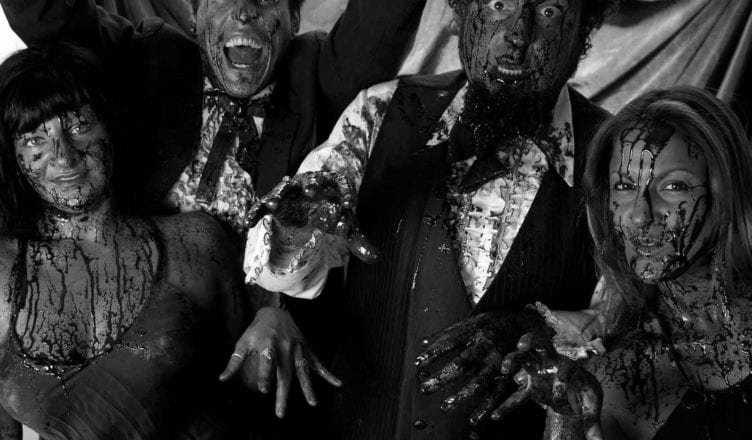 When AMC’s The Walking Dead hit in October of 2010, the zombie genre got a sizable mainstream boost. Based on Image’s comic series of the same name, no one could’ve imagined the success and longevity of the show then. Surely, many AMC execs have since patted themselves righteously on their backs with this proven hit.

“Over a decade before the Walking Dead, we were the undead creatures of the night,” offers Notorious Nastie as a counter regarding Zombie Prom. “Zombies from Bass Island. We threw these jams way before it was cool to be a ghoul and now we’re bringing it back for one night only.”

Nassie “Notorious Nastie” Shahoulian, a bearded scion of Miami’s nightlife has long been associated with bizarr-o, off-the-wall forms of DIY/underground entertainment—from personal forays into punk rock and hip-hop, to slinging hot dogs and other decadent delights; the living embodiment of the “Jew Tang Clan” is bringing the Zombie Prom back.

At heart, he’s an entertainer and an ambience creator. While promoting Zombie Prom back in 2007, in full-bloodied costume along with Bermuda Triangle partner and fine bass purveyor Otto von Schirach, a passerby mistook them for accident victims and called 9-1-1. Nastie immediately knew he had something special in hand.

South Florida’s transiency bleeds into all aspects of life and as all night parties go, Zombie Prom disappeared into the night after a few renditions like the last wet crunch of grey matter getting gobbled down before sunrise. Nastie and Schirach moved onto other ventures as well as continuing their Bermuda Triangle Family creations.

But for one night only, Miami can party like it’s the mid-to-late aughts again and get zombified and bass-nectarized at 1306 (the old White Room—how appropriate) with performances by von Schirach and the Bermuda Triangle Family featuring Nastie, Master Feathers, aonQ and Faden the Papaya Slayer; LAMEBOT, MadSavvy, Lipstick Alley and Galactic Effect.

“Bring your dancing shoes and your brain-eating swag and come party,” urges Nastie. “Sometimes dead is better and on October 12 we will prove that again!” But the executive pats on the back for this particular crew will come after they “zombify the papaya and run like wild ghouls of bass and power;” as von Schirach promises.