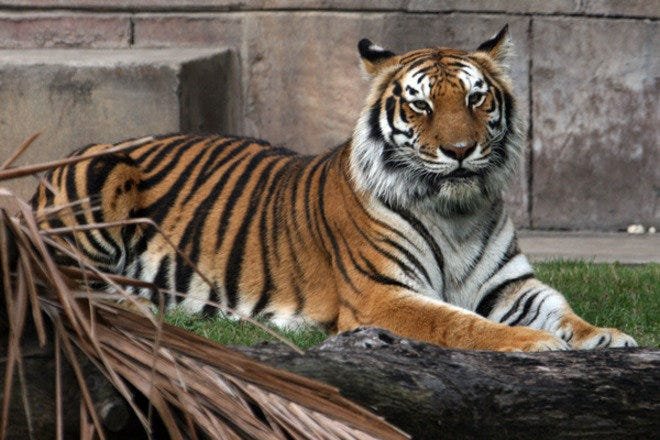 I went to Zoo Miami while fasting during one of the hottest days of the year. It’s one of the only outdoor excursions in Miami where clear skies won’t work in your favor. To make matters worse, it was my “sober week”, which meant I was excluded from partaking in the one activity that could have made this obligatory trip bearable.

The walk from my parking space to the entrance took longer than my visit. It’s been over 20 years since I last went to the zoo and aside from being able to use the barcode on my iPhone to scan my ticket, not much has changed. The illusive Sumatran tiger still hasn’t woken up from his nap, the Galapagos Tortoise is right where I left him, and the Western lowland gorilla continues not to give a shit about your monkey noises.

I found the whole experience quite depressing.

There’s no way these animals are having a better time in Zoo Miami than they would otherwise be having with their buddies in the wild. Take the hippos for example. These are social beasts who are used to hanging out in groups of up to 10 to 30 at a time. They live for two things: Filling their bellies with grass and floating in the water. It seems like a fairly easy environment to recreate if you were trying to makeup for the kidnapping. Instead what I found were a pair of homeless hippos munching on sun-scorched grass in a backyard that couldn’t have been much larger than my grandmother’s in Kendall. The only amenities offered were a PVC pipe pumping water into a kiddie pool, a tiki hut for one, and an offensive blue inflatable ball reminiscent of the ones they used to play with in Africa. My only hope is that these two are madly in love and that their passion for one another transcends their suffering. I wish there was more I could do.

I wasn’t surprised to find the elephants in a similar situation with the same lost look on their face that all of the animals seemed to be wearing. “How did we get here?” The world’s largest land animal confined to a few acres of real estate stuffing hay in its mouth while the woman next to me struggles to zoom in with her bedazzled acrylics.

We made our way towards the giraffes who spend most of their lives standing up but not for what they believe in because they were no better off than the other prisoners. That’s a lie, they are the only animals in the park that you’re allowed to feed by hand. 50 people waiting in line six feet apart is a great way to keep me moving.

The Warthogs and Red River Hogs were lying down in resignation. I needed air conditioning.

I must have tapped into the collective consciousness or half the park had come for the indoor insect exhibit. I found it ironic that the smallest residents had the largest living areas relative to their size. I’m pretty sure the lined tree snail is in heaven. We were an hour in and I was done.

We went back outdoors and I checked out after the North American Raccoon. I stood next to the splash pad in a delirious state of exhaustion trying to figure out how to cool myself off without sending parents into a panic. I resigned to a heat stroke. Luckily, my better half was in need of sustenance and was ready to leave Zoo Miami.

Trying to find the exit was harder than trying to get the lowland gorilla’s attention. After multiple failed attempts at retracing our steps, we found the way out. It’s incredible how much energy awaits you at the end of an unpleasant experience. I skipped towards the gift shop and took one last look at the Indonesian temple. The Sumatran tiger is still napping.