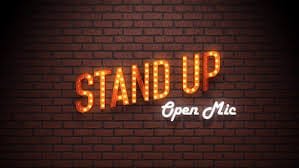 The best comedy inn Miami takes place in a hotel in South Miami? It does? Ya, huh. The Comedy Inn. The Comedy Inn? Ya, The Comedy Inn. For years they’ve been hosting a monthly series bringing in top talent from all over. It’s great. Totally affordable and if ya get too wasted ya crash at the hotel.

Are the headliners from out of town?

Are you not listening.

What about the features?

Always a Miami comedian who could headline themselves at any given time.

But I thought the best comedy in Miami took place at the casino.

That’s because you’re a fucking idiot.

Gotcha. So where can I learn more.

Subscribe to their newsletter , maybe browse their eventbrite page. Or you can listen to Comedy Inn producer Mike Levine inn his own words on The Jitney podcast.

The crowd is LAUGHING its ass off.

People are watching the live stream on the internet.

The funniest comedy in Miami…