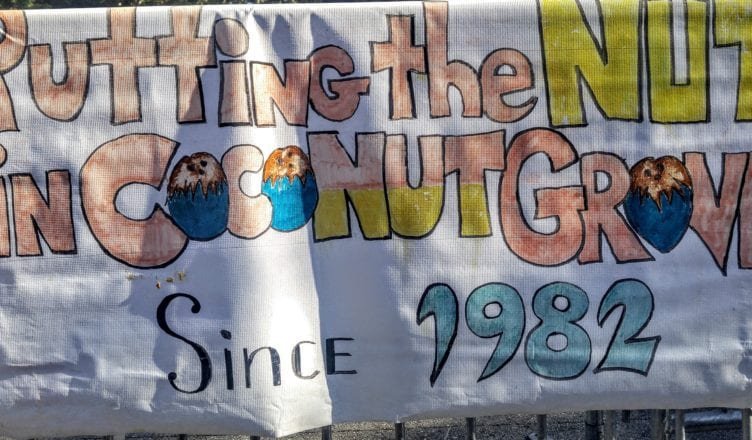 There is no event in Miami that makes one feel so Miamian than the Mango Strut Parade. In its 37th year, it is tradition; it keeps the Grove weird. It’s a place you want to bring your kids and a cooler.

But things they are-a-changing. Definitely the least turned out Mango Strut parade in memory, but more room than usual is not a bad thing.

The running of the bull-shitters, a tradition..

Erectile dysfunction troop…a play on our fucked up elections.

Took a minute to catch this reference. But it was to Trump making a comment to the Finnish President about how to fix climate change / wild fires is to rake the forests…rake the forests, all will be well..

Throwing toilet paper into the crowd via Trump in Puerto Rico

The marching Fred’s of course..

Tricked out VW with hydraulics…that was dope.

A Russian operative spy..he was weird.

A trashy mermaid covered in plastic.

Multiple RBG’s, one half way dead but on a defibrillator.

The caravan has to have some place to stay…

Tons of drowning in plastic references.

Stormy Daniels, Joe Biden running for pres, Mark Zuckerberg w his eye on you. And a few more gimmicks.

There’s nothing better than a sunny Sunday in the Grove. As much as shit is changing, it’s good to hold onto tradition.